We offer support to individuals and couples looking to overcome relationship problems.

We offer support to individuals and couples looking to address relationship problems. Relationship difficulties are by far one of the biggest stressors that we face. At every age and stage of life we come across relationship challenges, it could be with our significant other, friends, family or work colleagues. The key to overcoming these challenges is to keep working at things and seek out help when you need it. Discover six strategies for improving your relationship below. If you still feel you need further support contact the team at PMW who can work with you to navigate relationship issues and enhance your happiness. 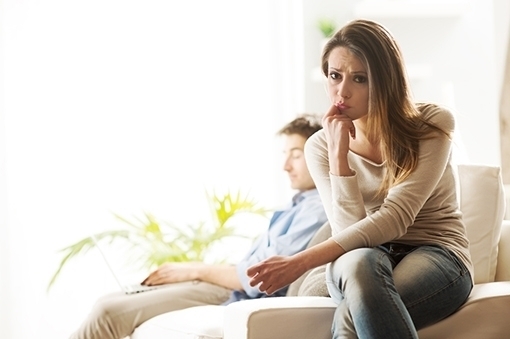 Here are six strategies for improving your own wellbeing and enhancing the quality of your relationships.

Are you are Relationship Master or Disaster?

Relationship disasters are relatively easy to spot, there are four ares to consider. These are otherwise known as: The Four Horseman of the Apocalypse (thanks to over 50 years of research by Drs. John and Julie Gottman):

1. Criticism. “You always..” or “You never..” is a common way of starting out on a criticism. When you criticise your partner you are saying that something is wrong with them. The outcome: most people respond to criticism by becoming defensive. This leads both partners to feel unheard and possibly even bad about themselves. The antidote: Make a direct complaint about something specific, don’t forget to ask for what you need and avoid general attacks on personality.

2. Contempt. This is by far the most serious of the four horseman. It includes any verbal or nonverbal expression that puts one partner above/ or better than the other. Common forms of contempt include eye rolling, sneering, name calling and mocking. It eats away at fondness and admiration between two people and if left unchecked can be the undoing of the relationship. The antidote: lower your tolerance of contempt and with the help of a psychologist learn to foster appreciation for each other. With help you can learn to eliminate contemptuous communication.

3. Defensiveness. There are two common forms of defensiveness that often appear when someone perceives they are being attacked. One form is by counterattacking. “Yeah well what about the time you …” Sound familiar? The second form of defensiveness is to play the role of innocent victim, often you can spot this when a whiney voice appears. Where does it lead… defensiveness prevents both parties from taking responsibility for their actions. The antidote: even if your partner is criticising, try to hear their complaint and take some responsibility for the problem.

4. Stonewalling. When a partner withdraws or shutdowns from a conversation it is called stonewalling. It can look like not caring but that is often not the case, in fact the stonewaller is often overwhelmed and is trying to calm him/herself down. This horseman is most likely male (80% of stonewallers are men) and unfortunately women tend to interpret stonewalling as “not caring” and thus can create a vicious cycle of escalation where one person seeks answers and the other tries to escape. The antidote: taking a break when you notice yourself or your partner becoming emotionally overwhelmed.

How Happy are you?

Complete the Happiness Quiz and discover 10 ways to increase your happiness!